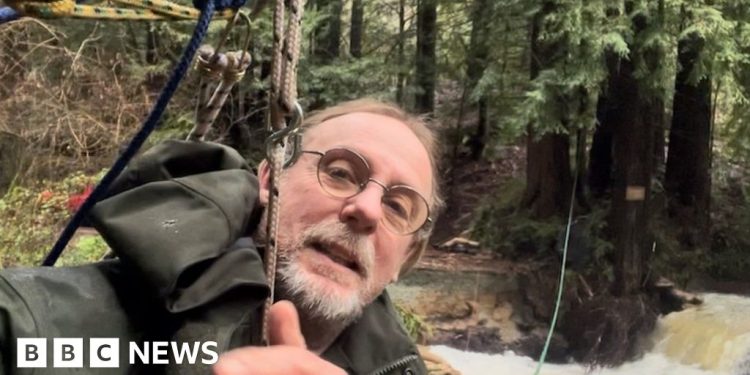 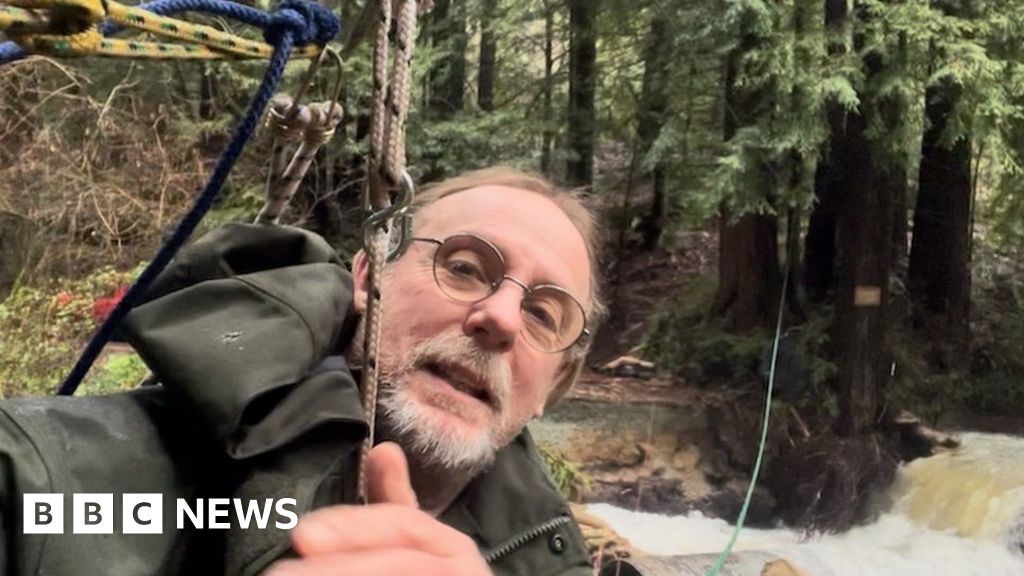 It was New Year’s Eve in Corralitos, California, and after several days of heavy storms, it looked like the bridge was not going to make it.

About seven households in the remote community east of Santa Cruz were about to be cut off from the main road.

But as rains poured down and the creek rose, Darrel Hardy came up with a plan.

With nothing but some cables and a kit he bought at the supply store, he built a zip line that has become a lifeline for his community.

His handy-work came in just the nick of time.

“We lost a good chunk of (the bridge) that night, New Year’s Eve,” Mr Hardy told the BBC on Monday.

The project was not only the first zip line he had built, but the first one he rode.

Since then, the local business owner has used it about four or five times a week in order to get into a town, transporting everything from groceries to propane in a basket on the cable wires. His neighbours also use it regularly.

Some of them are elderly, and Mr Hardy said he makes sure they have the supplies they need.

Families had prepared for losing the bridge, parking their vehicles on the main road side ahead of the storms.

“Anytime I venture into the town, it’s an easy six hour ordeal just to get some supplies get back up there and get hoisted back across the river,” he said. “So it’s been exhausting.”

In addition to bringing back supplies, Mr Hardy has to help repair a waterline that serviced about four homes in his unincorporated community – not governed by a local municipality – which is in the Eureka Canyon area.

“I’m actually kind of having a good time doing it.,” he said. “I enjoy helping people and our neighbours have really all come together.”

The storms in California are supposed to begin to die down this week, but after so much wet weather, it will take some time before things dry out.

The creek will have to recede before city engineers can asses the bridge, so his zip line won’t be obsolete soon.