Why the number of US mass shootings has risen sharply 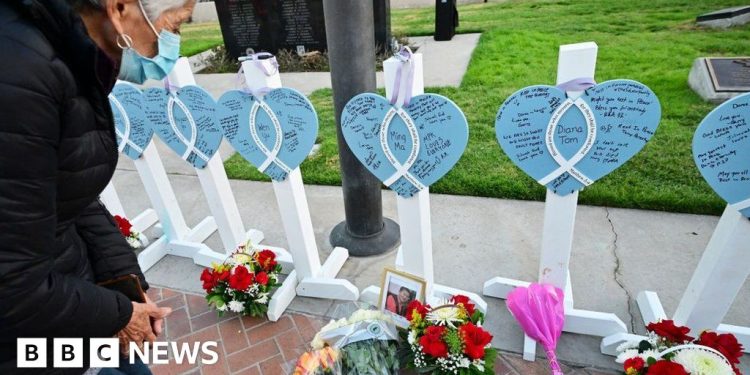 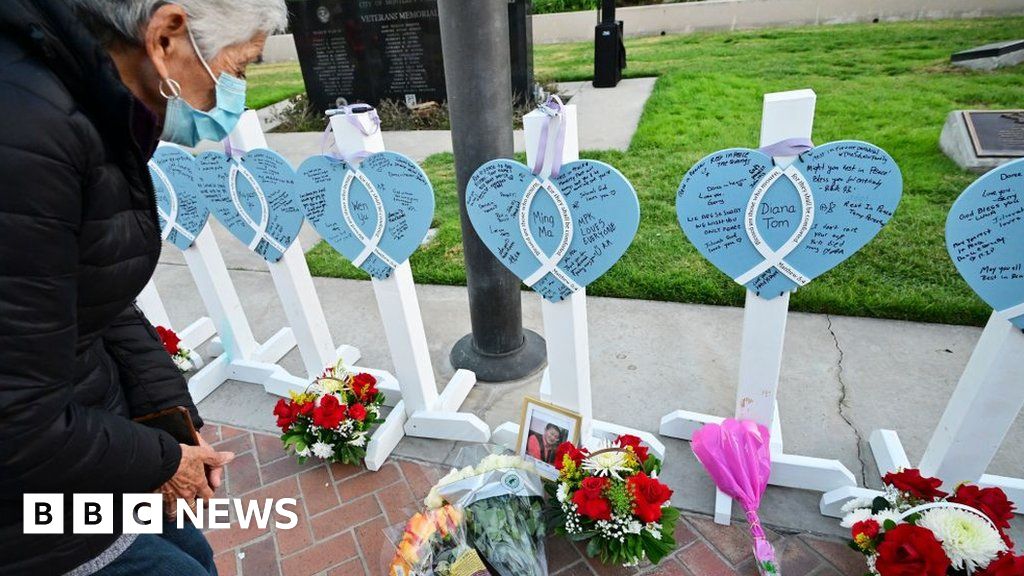 California has woken up to news of three mass shootings this week. On Monday, a gunman opened fire at two plant nurseries in Half Moon Bay, killing seven and injuring one person.

A few hours later, another gunman opened fire 41 miles (65km) away at a petrol station in Oakland, injuring seven and killing one person.

Then on Saturday, 11 people who had gathered to dance died on the eve of Lunar New Year in Monterey Park near Los Angeles.

If it feels like these incidents are becoming more frequent in the US, that is because they are.

Different definitions exist for what constitutes a mass shooting, but non-profit the Gun Violence Archive – which counts shootings where four or more people are killed or injured, excluding the gunman – has tracked 40 such incidents in the US since the start of the year.

It is the highest number of mass shootings on record for any January, according to the organisation that publicly tracks gun-related deaths and injuries in the US.

The previous record was set last year at 34. Between 2014 and 2022, there was an average of 25 mass shootings recorded in the month of January.

The surge in violence has reignited what has now become a familiar and highly political debate in the US over gun ownership rights and legislation.

It also has some people asking: What’s driving the rise?

Gun violence of all types is up

Data shows that all types of gun violence – from homicide to suicide to mass shootings – are on a mostly upwards trajectory in the US.

While mass shootings often draw alarm, they make up a small fraction of gun-related deaths – in 2020, mass shooting victims made up 1.1% of overall firearm deaths.

Still, active shooter incidents have seen a sharp rise in recent years – nine of the 10 deadliest mass shootings in the US occurred after 2007.

Experts say it’s hard to pin down the exact root causes of the rise because mass shootings are often unpredictable in nature. But there are a few factors that could be contributing to the growing frequency.

Gun ownership is on the rise

The FBI conducted significantly more firearm background checks – required by law when someone buys a gun – during times of uncertainty, like the first Covid-19 lockdown in March 2020, the unrest following the police killing of George Floyd, and the US Capitol riots in January 2021.

Josh Horwitz, co-director of the Johns Hopkins Center for Gun Violence Solutions, said the rise in sales is tied to “the idea that guns keep us safe, especially in uncertain times”.

Mr Horwitz added that the rise in violence, especially in public places like petrol stations, dance studios and nightclubs, fuels a cycle of fear that drives some people towards firearms.

“People are afraid, and they want to quell that fear by buying a gun,” he said.

Distress, law and societal trends can also factor in

Some experts also point to the rise in life stressors, both in general and as a result of the pandemic, especially hardships related to finances, employment or family and relationships.

These issues can lead some people “to act out or respond violently”, said Jaclyn Schildkraut, the interim executive director of the Regional Gun Violence Research Consortium at the non-partisan Rockefeller Institute of Government.

This is reflected in an analysis of 173 mass casualty attacks by the US Secret Service – around three-quarters of which were carried out by a firearm.

The report, published on Tuesday, found that nearly 93% of assailants had dealt with a personal issue prior to their attack, whether it be divorce, health problems, or issues at school or work, and that 10% of assailants behind mass casualty events between 2016 and 2020 died by suicide.

Ms Schildkraut also says “toxic masculinity” could factor in as well: nearly all mass shooters (around 98%) are male.

“If we are trying to understand the root causes of gun violence, we need to start by understanding why people pick up firearms in the first place to inflict harm, regardless of the target of that harm,” Ms Schildkraut said.

Laws around who can purchase a gun in the US could also be playing a role, some experts have said – though it is important to note that California has some of the strictest gun laws in the country.

However, Mr Horwitz said federal law currently does not require that background checks be made on private sales of guns, including at gun shows or online.

Laws on safe storage of firearms are also lax in some states, he said, despite research evidence showing that stowing a gun away safely reduces the overall number of firearm deaths.

“When you compare what is going on in the US to other countries, the one thing that they don’t necessarily have that we have is just such easy access to firearms,” Mr Horwitz said.

Fashion Girls! These Are the 17 Chic Flats Everyone Will Want in 2018