What you need to know about the US classified documents saga 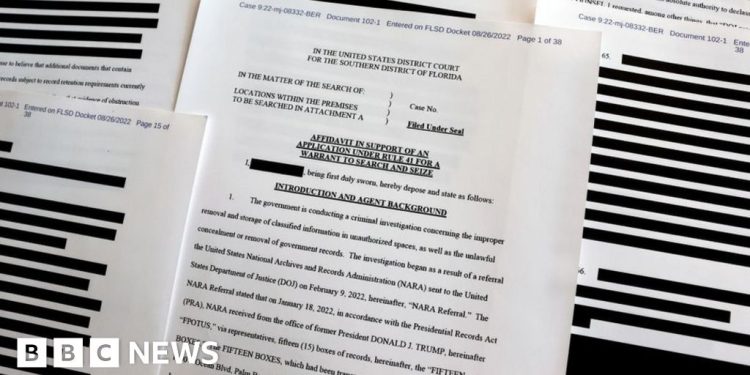 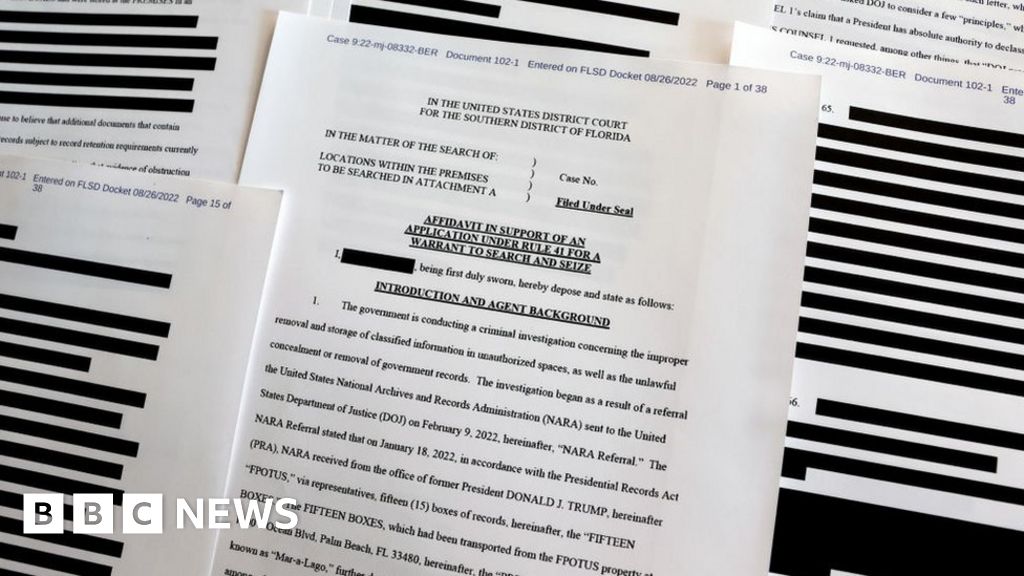 Former US Vice-President Mike Pence is in the news after classified documents from his time in the Trump administration were found at his Indiana home.

It is the latest discovery in a growing controversy that has already embroiled both former President Donald Trump and incumbent President Joe Biden.

Classified records are supposed to go to the National Archives once an administration leaves office.

Here is a look at what is going on, with analysis from our senior political correspondent Anthony Zurcher on how serious an issue each man faces.

A lawyer for the former vice-president discovered “a small number of documents bearing classified markings” at his personal residence in Carmel, Indiana, last week, according to a letter to the Archives.

The material had been “inadvertently” stored in boxes that were not in a secure area, but were taped up and appeared to be unopened since they were packed, Mr Pence’s attorney said.

According to the letter, neither the ex-vice-president nor his counsel reviewed the contents of the documents, but they were moved to a locked safe.

In a second letter to the archives, attorney Greg Jacob wrote that FBI agents retrieved the papers from the safe on 19 January.

He added that he would also personally deliver the two boxes in which the records had been found, and two more boxes containing copies of vice-presidential records, to the Archives on 23 January.

There were about a dozen documents discovered last week, according to CNN, which cited multiple sources familiar with the matter.

It is unclear yet if the four boxes voluntarily transferred to the Archives contain more classified materials.

It’s still too early to know exactly the extent of the trouble for former vice-president’s trouble, which could depend on how many documents were discovered and what types of classified information they contained.

Given that he is considering his own presidential run in 2024, it is an unwanted distraction that will keep him from criticising Mr Trump and Mr Biden – potentially his top two White House rivals – on the topic.

A first batch of classified documents was discovered at the Penn Biden Center – an office space – in Washington DC in November last year just before the midterm elections. This was not made public at the time.

Later, in December, attorneys for Mr Biden found additional documents at his Delaware home. More documents were recovered during searches of Mr Biden’s home on 11 and 12 January, as well as on 20 January.

Attorneys for Mr Biden immediately alerted the office of the White House counsel after the initial batch of documents was discovered on 2 November, Richard Sauber, special counsel to the president, said earlier in January. The files were handed over to the National Archives the following day.

The justice department was also immediately told about the other discoveries. The documents recovered on 20 January were found during an FBI search of the Delaware property, to which Mr Biden had voluntarily agreed.

Mr Biden has said his team did “what they should have done” and was “co-operating fully and completely” with the investigation.

The precise number of classified records uncovered from Mr Biden’s home and former office remains unclear – but stands at at least a dozen from the January searches alone.

Mr Sauber has described the first November discovery as “a small number” of documents.

It’s never a good thing when a special counsel is investigating a president, as these inquiries tend to take on a life of their own.

While Mr Biden has said he has been forthcoming about the location of the documents, delays in revealing their discovery and a steady stream of new revelations have made this a bigger problem than it at first appeared.

An 8 August 2022, an FBI search of Mr Trump’s Mar-a-Lago estate in Florida uncovered dozens of boxes and about 11,000 documents. This included approximately 100 with classification markings. The search warrant came after attorneys representing Mr Trump had said all government records were returned.

Earlier in January the National Archives found “a lot” of classified material in a set of 15 boxes it had received in January.

Mr Trump has repeatedly denied any wrongdoing and claimed that he had declassified the documents taken with him. In September, for example, he told Fox News that as president he had the ability to declassify documents “even by thinking about it”.

He has also characterised the issue as part of a “witch hunt” against him. He has said that the search of his Mar-a-Lago estate was unwarranted and referred to it as “dark times for our nation”.

To date, about 300 classified documents have been recovered from Mr Trump since his administration ended.

The challenge for Mr Trump is that the most serious allegations against him are not for possessing classified documents, but for stonewalling and obstructing the efforts by the National Archives and, later, the FBI to retrieve them.

The news about Joe Biden and Mike Pence, however, bolster the former president’s claims that this is an infraction that many others have committed – and that he is being singled out for harsher treatment.