US joins Germany in sending battle tanks to Ukraine 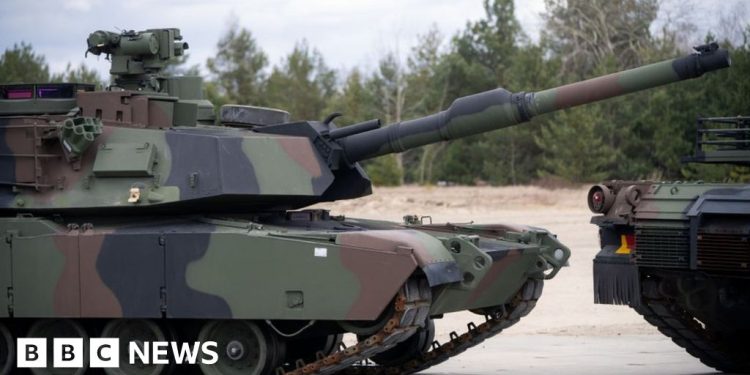 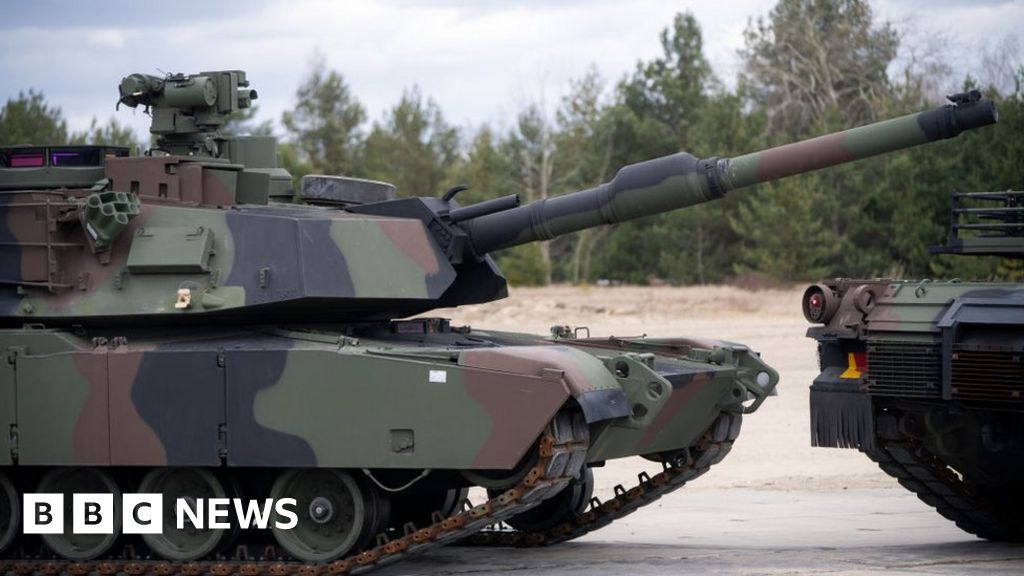 The US will send 31 powerful battle tanks to Ukraine, joining Germany in sending the vehicles to support the fight against Russia’s invasion.

The decision to deliver the M1 Abrams tanks was announced just hours after Germany said it would send 14 of its Leopard 2 tanks to the battlefield.

Berlin also cleared the way for other European countries to send German-made tanks from their own stocks.

Ukraine has lobbied Western allies to send the military equipment for months.

It hailed the twin announcements as a potential turning point that would allow its military to regain momentum and take back occupied territory. It also said the tanks could help deter a potential Russian offensive in the spring.

“An important step on the path to victory,” Ukraine’s President Volodymyr Zelensky said. “Today the free world is united as never before for a common goal – liberation of Ukraine.”

Russia, meanwhile, condemned the moves as a “blatant provocation” and said any supplied tanks would be destroyed. “These tanks burn like all the rest. They are just very expensive,” President Vladimir Putin’s spokesman said earlier.

President Joe Biden announced the US decision in brief remarks at the White House on Wednesday. “[Defence Secretary Lloyd Austin] has recommended this step because it enhances Ukraine’s capacity to defend its territory and achieve strategic objectives,” he said.

“We’re also giving Ukraine the parts and equipment necessary to effectively sustain these tanks in battle,” Mr Biden said. “This is about helping Ukraine defend and protect Ukrainian land. It is not an offensive threat to Russia.”

A Ukrainian tank battalion typically consists of 31 tanks, which is why that number has been agreed upon, Mr Biden said.

The US decision marks a reversal, as the Biden administration had insisted the heavy M1 Abrams tanks would be difficult to deliver and challenging for Ukrainian troops to operate.

The $400m (£323m) American package also includes eight recovery vehicles that can tow the tanks if they become stuck.

But it is likely to be many months before the US-made tanks reach the battlefield, experts say, and it is unclear if they will be taken from an existing stockpile or built as new for Ukraine.

The German-made Leopard 2 tanks, however, will be drawn from an existing stock and are expected to arrive in two to three months.

The decision to send the heavy weapons follows weeks of diplomatic wrangling. Germany had faced mounting international pressure to send tanks, but there was speculation that any decision to do so would be conditional on the US doing the same.

Both sides participated in “good diplomatic conversations” that made the difference and contributed to the “extraordinary shift in Germany’s security policy”, a senior US official said on condition of anonymity earlier on Wednesday.

While the acquisition of tanks from the West will be considered a diplomatic coup for President Volodymyr Zelensky, he said on Tuesday that his country required at least 300 of them to defeat Russia.

Several European countries have Leopard 2 tanks in their stocks, and the German decision means some of these can also be sent to Ukraine. Germany hopes around 90 will ultimately be delivered to the battlefield.