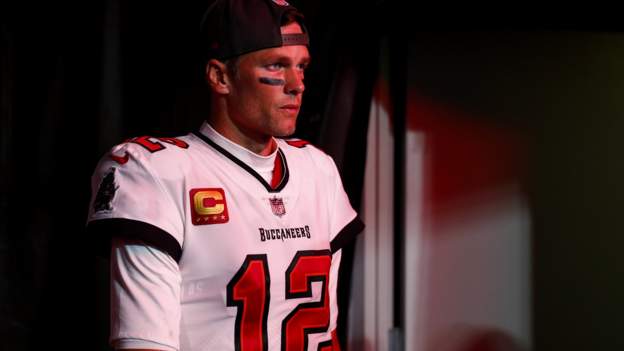 “Father Time is undefeated” goes the old sporting saying, but he’s been forced to go the distance in his battle with Tom Brady.

Could Father Time be about to take this fight on points, though? There was certainly a hint of defeat in Brady as the NFL great trudged off the field at Raymond James Stadium on Monday night.

A comprehensive 31-14 play-off defeat by the Dallas Cowboys ended the quarterback’s 23rd NFL season. In all probability, it concluded his three-year stay with the Tampa Bay Buccaneers too. The question, as Brady doffed his cap to the fans and kissed his parents before disappearing down the tunnel, was whether that was also his final act on the gridiron.

After one of the toughest season both on and off the field in his storied career, Brady will not make any hasty decisions. He will go away to think seriously about playing on beyond the age of 45.

Brady famously retired last year only to reverse his decision 40 days later, so he’s unlikely to make that mistake again.

“I am going to get home and get a good night’s sleep,” Brady said after Monday’s game. “There has been a lot of focus on this game and it will be one day at a time.”

Should Brady retire from the NFL after toughest season?

There was a distinct sense of finality about Brady’s post-match press conference but that could also be seen as just a farewell to the Tampa Bay Buccaneers, with his contract up this summer and a return unlikely.

The Bucs pulled off a huge coup in signing the seven-time Super Bowl champion after years of poor results, and the move paid off as Brady made an instant impact with a championship in his first season.

Two more play-off appearances followed but this season has been tough – both on and off the field – with Tampa Bay struggling with injuries and only scraping into the post-season as Brady posted the first losing record of his career.

Away from the NFL, Brady and Gisele Bundchen announced their divorce in October after months of rumours.

It has been a poor season on the field for Brady, with his stats way down from what they were when he retired the first time.

There were still highlights – such as a dramatic comeback win over the Los Angeles Rams in November – but as he limped out of the play-offs on Monday, it was clear there was a big decision to be made.

Even at 45, Brady has shown that he can still play in the NFL. His arm hasn’t lost too much of its zip and he can send the ball downfield when needed to – and just the gravitas and the leadership he brings to the locker room makes him a prized asset as a free agent.

If Brady is to continue, the conditions have to be perfect for him to do what he does best – stand and deliver from the pocket without too much pressure from opposing defenders. That’s been a problem this season, as has the number of injuries the Bucs have had to deal with.

So a return to Tampa Bay seems unlikely, where he was asked to throw the ball far too many times, setting a new record last season with 733 pass attempts, which would trouble any arm, let alone a 45-year-old one.

Teams such as the Las Vegas Raiders, Tennessee Titans and San Francisco 49ers have all been linked with Brady. So too have the Miami Dolphins, who are long-term admirers, have a big worry about Tua Tagovailoa because of concussion issues and have one of the best wide receiver duos in the league.

Miami have an innovative new head coach in Mike McDaniel who started 8-3 this season before Tagovailoa’s injuries hampered their progress. They’re certainly a team in win-now mode that Brady could slide right into and have a big chance of making yet another Super Bowl run.

Is Brady ready to make the move into TV?

Brady already has a back-up plan in his pocket, agreeing on a 10-year contract worth a reported $375m to become Fox Sports’ lead NFL analyst whenever he decides to retire.

That’s enough to make anyone think about packing it in, especially given that Brady has reached what he has said in the past was his big goal – to play until the age of 45.

Troy Aikman, Tony Romo and brothers Peyton and Eli Manning have all made successful crossovers into television and Brady appears more than capable of doing so too.

Brady is the ultimate competitor, though. Despite having career-low stats in terms of points scored and yards per throw, along with that losing record, he still made the play-offs.

In a league filled with mobile young quarterbacks running as much as the throw, Brady is a throwback, but he’s the consensus GOAT of the sport for a reason. If he can find a team he thinks can challenge, we may not yet have seen the last of him on the field just yet.