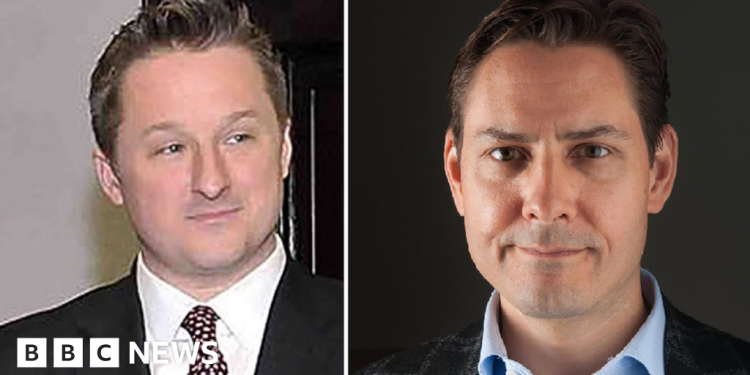 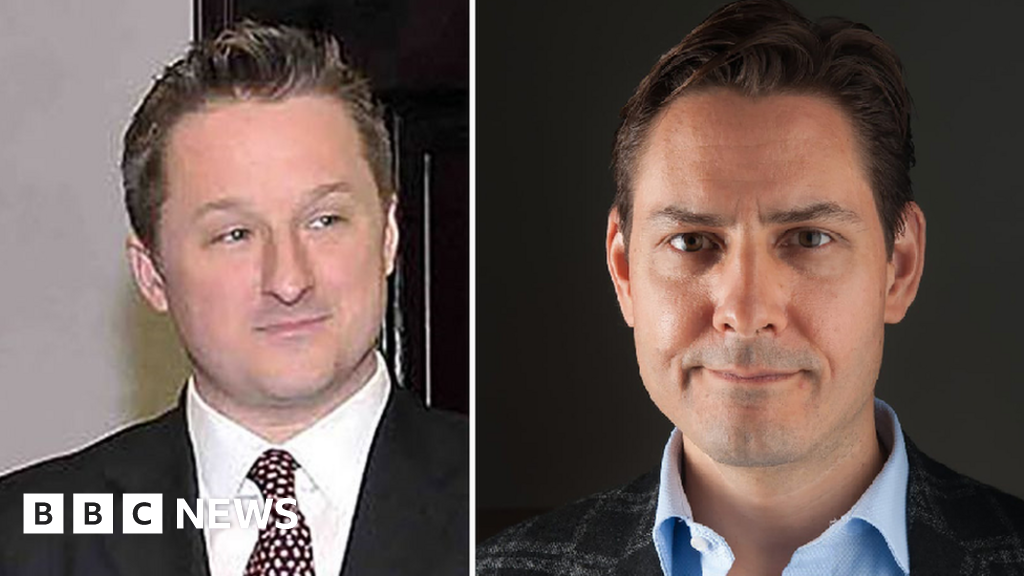 Thursday marks two years since the detention of two Canadians in China, Michael Spavor and Michael Kovrig. A Christmas card campaign is underway to bring attention to the pair’s situation.

The claim is that they are held as part of what has become known as “hostage diplomacy”.

Now, a new campaign is underway to highlight the situation of “the two Michaels” based on a similar case involving a British journalist 50 years ago.

The campaign is led by a former British diplomat, Charles Parton, who is a friend of Kovrig’s from when they were both diplomats in Beijing close to a decade ago – Kovrig for Canada, Parton at that time for the European Union.

“He gave extremely good parties,” recalls Parton. “He knows China very well and he loves the country and is fascinated by it.”

Kovrig went on to work for the International Crisis Group, a leading international think tank, in the country while Spavor was a business consultant dealing with North Korea.

Whilst officially there is no link with Meng Wanzhou’s detention, and Beijing has denied any connection, developments in the case against the men have tracked those in the Canadian court case and Chinese diplomats have dropped strong hints of a deal to be made.

“I don’t think there’s any doubt that they are hostages,” says Parton.

He has started a campaign calling on people around the world to post letters to the Chinese ambassador in their country with a Christmas or New Year card addressed to one of the two Michaels inside and asking for it to be forwarded to them in prison.

The cards may not get through but the aim, he says, is to put pressure on China, including through a social media campaign.

Parton says he came up with the idea based on the case of Anthony Grey.

Grey had only been in Beijing as a journalist with Reuters for a few months when, in August 1967, members of the Red Guards arrived at his house, not far from the Forbidden City.

Over half a century later, he can vividly recall being dragged by the scruff of his neck out into the courtyard amid shouts that he was a spy and should be hanged. Next, he was confronted with his cat hanging, dead, in front of him.

For the next two years and two months, he would be held prisoner in his own house.

The reason for his detention was that, in then British controlled Hong Kong, a group of Chinese state-journalists had been arrested for allegedly violating emergency regulations during a riot. Now Beijing appeared to want leverage to get them out.

At first, the UK tried to keep the detention low key, something Grey was unhappy about.

But eventually, the Foreign Office recognised that quiet diplomacy had not worked and began to up the pressure.

That included the posting of 3,000 Christmas cards to China from Britain and more from other countries as part of a global campaign.

Roger Garside was a British diplomat in Beijing and one of the only people allowed to visit Grey. He believes the Christmas card campaign did have an impact, even if the Chinese government would not admit it.

“If you watch carefully, you can detect that they are responding to the pressure on public opinion both at home and abroad,” he recalls.

When he learned of the campaign, Grey says it came as a great encouragement and he supports the move to copy it now with the Canadians, for whom he feels great sympathy.

“It’s a very difficult and demanding thing to be held alone in the foreign country without any real connection with the rest of the world so I feel very sympathetic towards the two Canadian Michaels,” he says. “It very nearly drove me mad.”

Eventually, days after the Chinese journalists were released, Grey was let go.

What are the options now? There has been pressure from some quarters within Canada to come to a deal with China and drop the extradition process of Huawei executive Meng Wanzhou to secure the men’s release.

Parton does not support this, believing it will simply encourage more of what he sees as “hostage-taking”, a view based partly on his time dealing with hostage issues in Africa and one shared by the Canadian government.

The Wall Street Journal reported this month that there had been discussions between the US and Huawei about a possible deal in which Meng Wanzhou was allowed to return to China in exchange for an admission of guilt – but it is not clear how far progressed that might be.

And even if a deal was eventually done, then the release of the two Michael’s may not be immediate, partly to maintain the notion that there is not an actual link. That means the prospects of an imminent release seem low.

Parton acknowledges the Christmas card campaign is unlikely by itself to change the calculation in Beijing, but he hopes it may still have an impact.

“I hope it brings home to Chinese diplomats at least that this policy of blackmail and hostages is not acceptable,” he argues, also believing it could speed up the timing of any release of the Canadian pair if and when the situation does move forward.

My First Trip To Israel