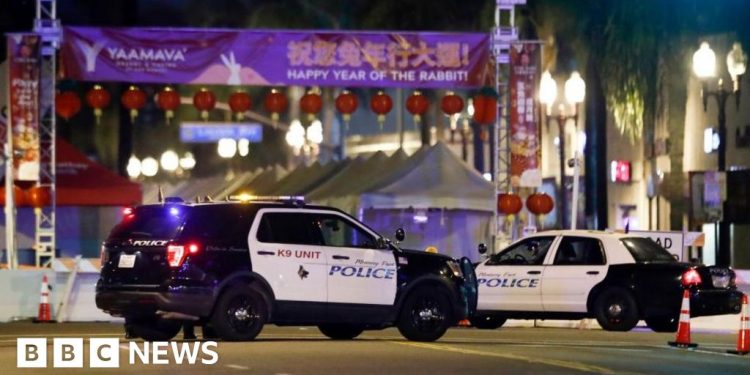 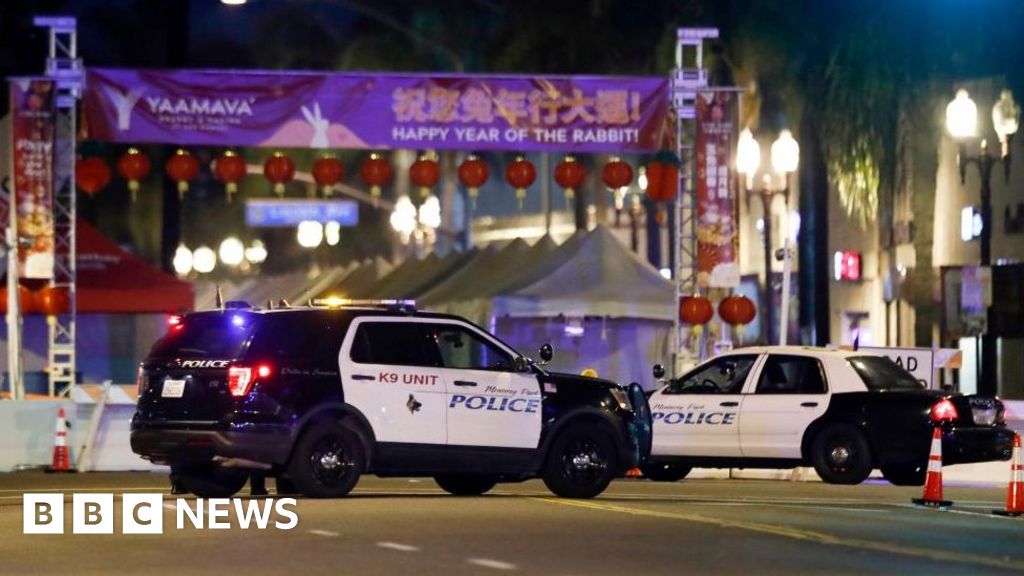 Police in California are responding to a shooting that has left several people injured, according to US media reports.

The incident happened in Monterey Park, located about eight miles (13km) east of Los Angeles, after 22:00 local time on Saturday (06:00 GMT on Sunday).

Thousands of people had earlier gathered in the city for the Monterey Park Lunar New Year festival.

It is not clear yet how many people were shot or whether anyone has died.

Police have not commented on the shooting and it is not known whether a suspect is in custody.

Videos on social media showed a large police presence in the area.

An eyewitness told the Los Angeles Times that three people ran into his restaurant and told him to lock the door as there was a man with a machine gun in the area.

The annual Lunar New Year festival is a weekend-long event that has previously drawn crowds of more than 100,000 visitors.

Saturday night’s festivities were scheduled to end at 21:00 local time.

Monterey Park has a population of about 60,000 people and is home to a large Asian community.

This is a breaking story and will be updated soon

Did you witness this incident? If it is safe to do so, share your experiences by emailing haveyoursay@bbc.co.uk.

Please include a contact number if you are willing to speak to a BBC journalist. You can also get in touch in the following ways:

If you are reading this page and can’t see the form you will need to visit the mobile version of the BBC website to submit your question or comment or you can email us at HaveYourSay@bbc.co.uk. Please include your name, age and location with any submission.