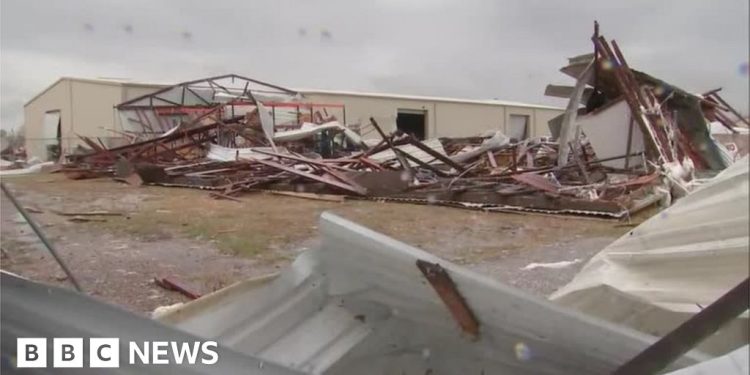 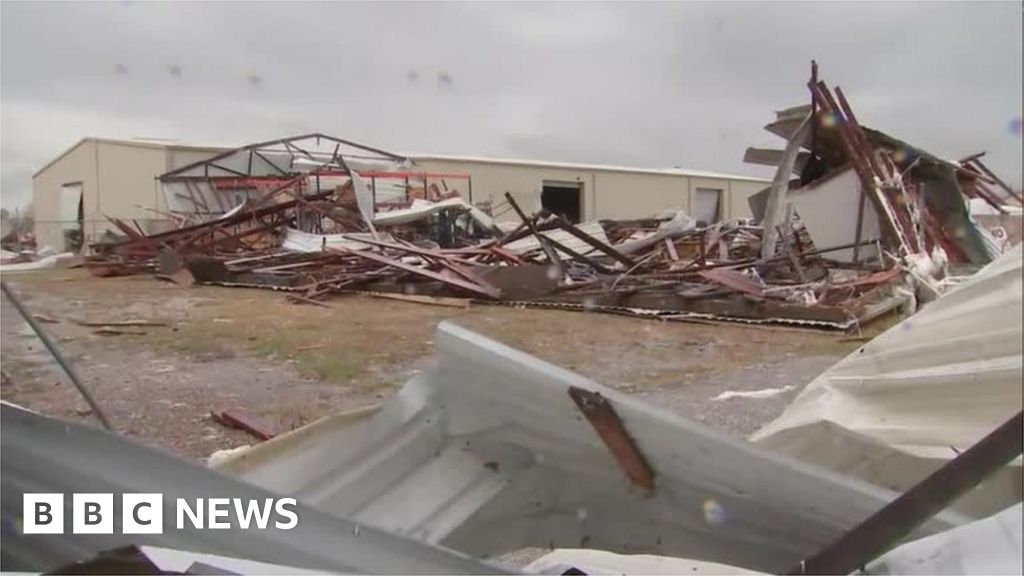 Millions of Americans from Texas to Maine are under a winter storm watch as forecasters warn of flash flooding, severe thunderstorms and heavy snow in many areas.

A tornado watch is also in effect for parts of Florida and Georgia, the National Weather Service said on Wednesday.

It comes a day after a tornado ripped through Texas, causing severe destruction along its route.

There have been no reported deaths.

More than 160,000 homes and businesses in Arkansas, Missouri and Texas were without power as of Wednesday morning, according to PowerOutage.us.

Snowfall from Texas to Maine is expected to reach between four and eight inches, according to NWS, while northern New England and surrounding areas may see eight to 12 inches, possibly resulting in dangerous traveling conditions in the area.

Wednesday’s storms are a continuation of low pressure systems that developed off the coasts of Texas and Florida that have started to move north, said Rachel Cobb, a meteorologist with the NWS.

“It’s pulling a lot of energy and moisture from the Gulf of Mexico and that’s what started the storms yesterday,” Ms Cobb told the BBC. “And now as it tracks north and north east, it’s meeting the cold air and we’re seeing the heavy snow, one to two inches an hour.”

The biggest concerns are power outages from the Midwest to New England, she said, as a result of the heavy snow and high winds.

Flash flooding and thunderstorms remain a possibility in parts of Texas, Louisiana, Mississippi, Arkansas and Alabama.

Meanwhile, residents of parts of Texas are still clearing debris from the tornado that struck on Tuesday.

“In my 25 years here, this is probably the worst damage I’ve seen,” Josh Bruegger, a police chief in Pasadena, Texas, told reporters.

Emergency crews who have already begun the process of restoring power and clearing out debris are bracing for the next round of bad weather.

“For the coming days, we’re going to have our hands full,” Mr Bruegger said.