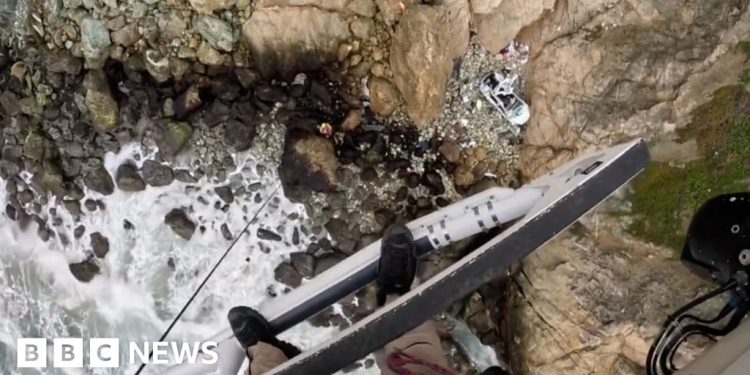 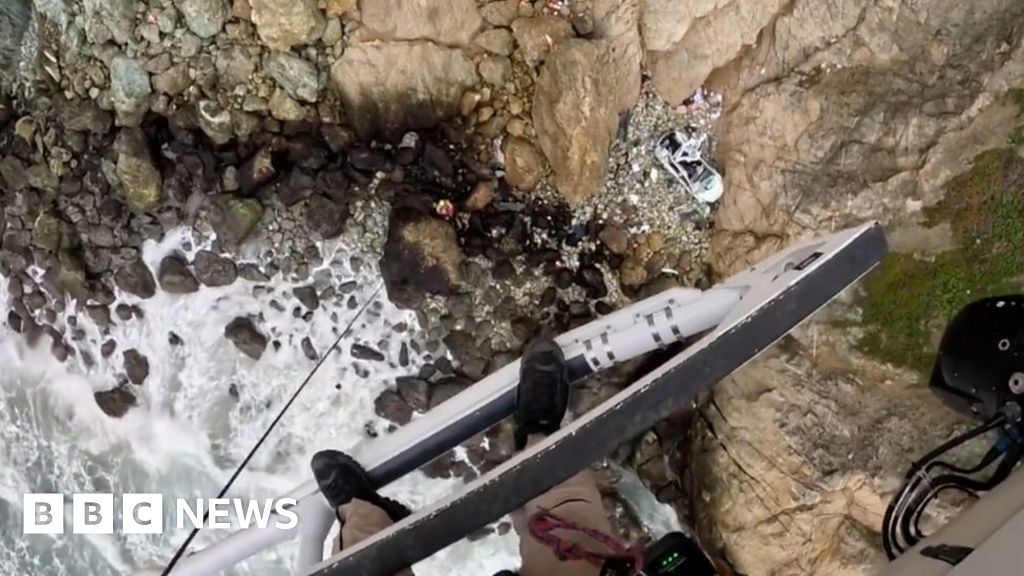 A 42-year-old man has been arrested after a car plunged off a 250ft cliff in San Francisco, California.

All four people, including two children, were found alive by rescuers but authorities say they are in hospital with serious injuries.

Officials from California Highway Patrol believe the car was driven intentionally off the cliff.