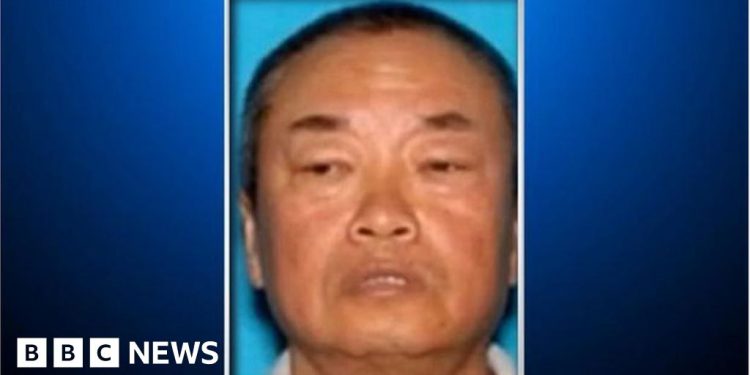 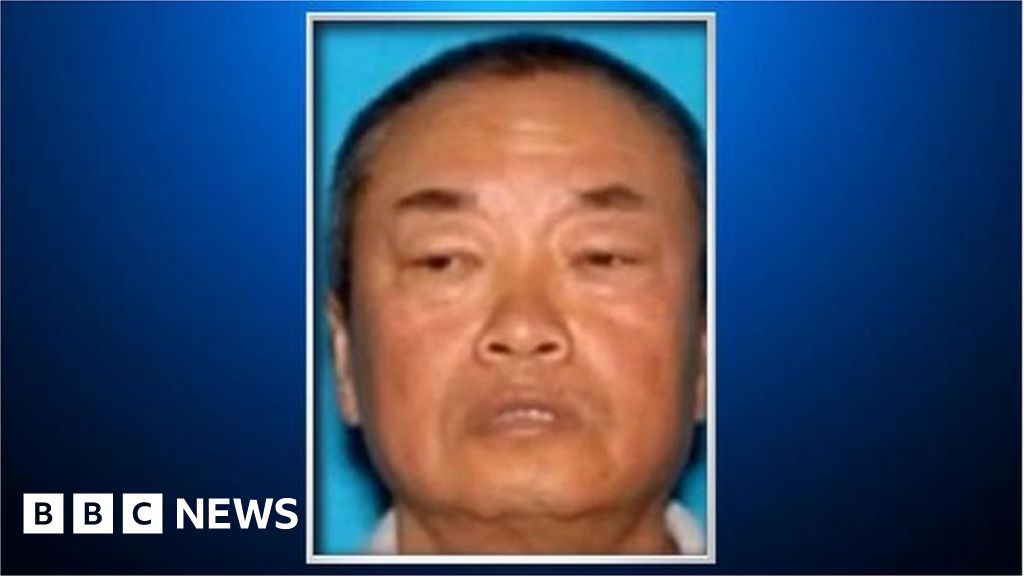 A mass shooting at a farm and a nearby site in California which killed seven people was probably a case of “workplace violence”, said police.

The attack took place on Tuesday in the coastal city of Half Moon Bay. Some of the victims were Chinese-American.

Suspect Chunli Zhao, 66, was arrested after driving to a police station.

The incident took place only two days after 11 were shot dead in Monterey Park – south-east of Half Moon Bay – during Lunar New Year celebrations.

The back-to-back shootings came so close together that California’s Governor Gavin Newsom was meeting victims of the first attack in a hospital when he was briefed about the second.

He voiced exasperation over US gun laws, and in emotional remarks at a news conference said he had grown weary of having to “say the same things we hear again and again” in the wake of mass shootings.

“What the hell is wrong with us, that we allow these weapons of war and large capacity clips out on the streets and sidewalks?”

The Half Moon Bay suspect used a legally purchased semi-automatic handgun, police say, and is believed to have acted alone.

He was a resident of the city – which lies to the south of San Francisco – and employed at the Mountain Mushroom Farm, police have said.

The San Francisco Chronicle reported that a former co-worker had previously been given a restraining order against Zhao over violent behaviour.

Officials have not yet released the names of the five men and two women who were shot dead. Some were Asian while others were Hispanic.

All of them were agricultural workers, Half Moon Bay Mayor Deborah Penrose told CNN on Tuesday.

Four of the victims were discovered at a mushroom farm, while the other three were later found at a nearby trucking business.

An eighth victim who was transported to hospital is out of surgery and in a stable condition, San Mateo County Sheriff Christina Corpus said at a news conference on Tuesday.

“The only connection between the suspects and the victims is that they may have been co-workers,” Sheriff Corpus said.

“All of the evidence we have points to this being an instance of workplace violence.”

The operator of the farm – California Terra Garden – later confirmed that the suspect lived at one of the two locations where people were killed.

A number of children who had recently been let out of school and lived on the rural property saw the attack take place, Sheriff Corpus said.

“For children to witness this is unspeakable,” the sheriff’s office said.

After carrying out the killings, the suspect drove to a local police station where his arrest was caught on camera.

US media report Zhao is due to appear in court later on Wednesday.

Meanwhile, more details have emerged about the tragedy in Monterey Park, near Los Angeles, in which 11 people were shot dead in a ballroom dance studio.

The Los Angeles coroner’s office has released the names of the victims – six women and five men, whose ages ranged from their 50s to 70s.

They include My Nhan, a 65-year-old whose family members described her as a regular at the Monterey Park dance studio where the incident took place.

Another victim – Ming Wei Ma, 72 – was one of the managers of the dance studio, was well known and beloved within the community for his role in their cultural lives.

Just hours after the Half Moon Bay attack, seven people were injured and one person was killed in a shooting in Oakland – about 40 miles (64 km) north-east of Half Moon Bay.

President Biden has urged the US Congress to act quickly to ban assault weapons, saying the scourge of gun violence required stronger action.

Who are Great scholars in Islam?