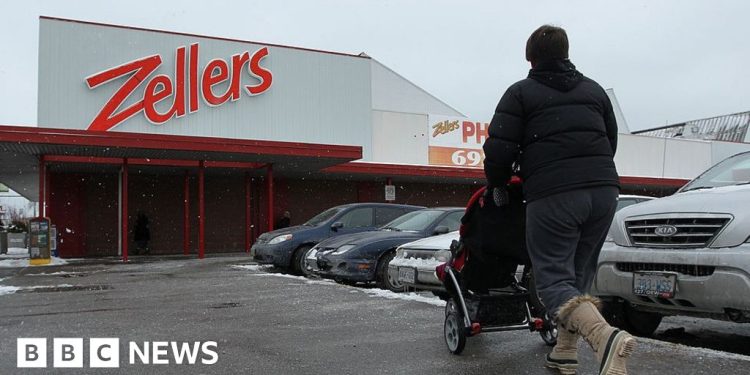 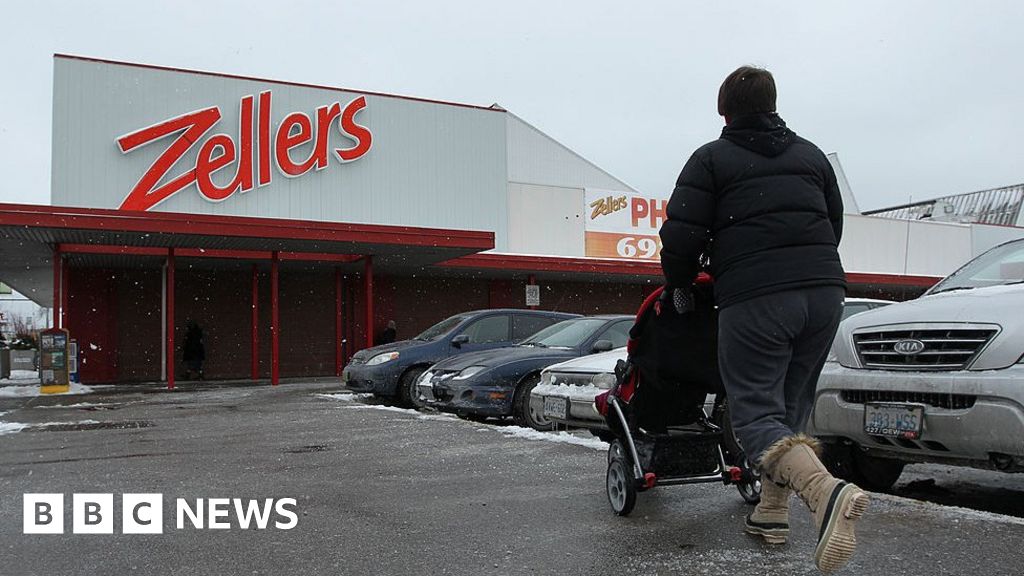 Zellers, a once-popular, low-cost department store in Canada, was forced to shut its doors 10 years ago. It will soon make a comeback, with hopes that shoppers’ nostalgia for the brand will revive it. But is sentimentality enough to bring a business back from the dead?

Any Zellers location was easy to spot: a big, bold red logo with the department store’s name marked the entrance. Inside, the lowest price was “the law”, as its tagline once suggested, with aisles full of merchandise selling everything from clothing to sports equipment.

There was even a diner, where shoppers would stop to devour one of its famous hot chicken sandwiches.

In 1980s Stratford, Ontario – a city of around 32,000 people west of Toronto – Zellers is where people would spend their Saturday afternoon, Stewart Reynolds recalled.

Mr Reynolds, a Canadian comedian who is also known by his stage name Brittlestar, said the retailer provided ordinary shoppers a sense of “bounty and abundance”.

“I could go to a Zellers and be like, ‘it’s fun to be here, and I can afford almost anything here,’ which was great,” he said.

The Zellers Mr Reynolds recalls was at its prime – but like UK high-street mainstay Woolworths or K-Mart in the US, Zellers struggled to compete in an increasingly challenging marketplace.

Most Zellers stores closed in 2013, save for a few. By 2020, all Zellers locations were shuttered.

But like Top Gun and Spider-Man, everyone loves a reboot. Hudson’s Bay Company – which acquired the brand in 1973 – said it plans to revive the discount retailer, with hopes that the fond memories Canadians have of the brand will bring shoppers back.

When announcing the revival in August, Hudson’s Bay promised “a digital-first shopping journey that taps into the nostalgia of the brand”.

In January, it announced it will open 25 brick-and-mortar Zellers stores in its existing higher-end department stores, The Bay, by the end of the month.

Plans are also in motion for a full-service online Zellers store, the Bay said.

The attempt to bring Zellers back comes long after its heyday. The company was born in 1928, right before the Great Depression, with four locations in Ontario. By 1999, Zellers had grown to 350 stores in Canada.

The growth of Walmart and online shopping, however, had hurt Zellers, and by 2011, the brand was forced to sell its remaining 189 locations to Target, another American chain that was looking to set up shop north of the border.

Still, decades after its peak, many Canadians remember Zellers fondly. For Mr Reynolds, the nostalgia was powerful enough to inspire a tune about his adoration for the affordable retail chain in 2020, in a tongue-in-cheek “love song for Zellers”.

“I should have known you’d break my heart and leave me alone with Walmart,” he sang. “You don’t know what you’ve got ’till it’s gone.”

The song resonated online, and resurfaced this summer amid other tributes from Canadians in reaction to news of Zellers’ revival.

Some said they hoped the return of Zellers would mean the return of competitive prices on everyday goods, particularly at a time when high inflation has pinched the wallets of many.

Others wondered if Zellers would bring back fixtures of their younger years, like the cherished teddy bear Zeddy, which was used to promote the store’s toy department in the 1980s before becoming its official mascot.

Nostalgia is a powerful tool for igniting positive emotions of the past that are strong enough to get buy-in from consumers, according to marketing and psychology experts – and shoppers like Mr Reynolds agree.

“[Nostalgia] provides an anchor for people,” he said, adding it often brings people back to “simpler times”.

“It lets them hang onto that with one hand and reach out to what’s new with the other.”

But are sentimental feelings enough to make people spend their money on a product or at a store?

David Soberman, a marketing professor at the University of Toronto, said a few companies have been successful in bringing back a discontinued product using nostalgia.

Mr Soberman named Volkswagen’s iconic Beetle as an example – a car that was once discontinued in Germany in 1978 due to its outdated technology, but that was successfully reincarnated for years as the ‘New Beetle’ in the late 1990s because of the sentimentality people attached to it as a figure of 1960s hippie culture.

Other methods of nostalgia marketing have also proven to be effective, like relying on the heritage of a brand to sell a new product (think Ford Mustang ads, which use images of older, iconic versions of the car to communicate reliability and sell newer models).

Even malls have used nostalgia to bring back shoppers post-pandemic, like Richmond Centre in British Columbia, which opened 90s-themed Instagramable, interactive rooms to evoke memories of an era when the shopping mall was a fixture of teen social life.

But for a department store like Zellers, nostalgia can be a tougher sell, argued Mr Soberman.

“Ten years ago, Zellers wasn’t viable,” he said, adding the store fell short in the face of Walmart’s expansion and the surge of online shopping giant Amazon.

Walmart thrived, Mr Soberman said, because its enormous size gave it the ability to offer consumers a high volume of merchandise at a competitively low price.

Meanwhile, Zellers stores began looking “rundown” and “outdated” in comparison by the time of their closure, he said.

Department stores on the whole are also facing a significant decline in North America, largely due to the rise of online shopping. In 2011, there were 8,600 department store locations in the US, compared to 6,297 in 2020.

Mr Soberman said products often need a “unique selling point” to succeed, and he is unsure if Zellers can deliver that just yet. He added its revival may only resonate with people who are old enough to have fond memories of the brand.

While it’s true the quality of Zellers had declined leading up to its closure, Mr Reynolds said it has something its American competitors don’t – a distinctly Canadian identity.

Indeed, Target’s move into old Zellers locations in Canada has been called a “massive failure” after the American company pulled out from the Canadian market in less than two years – partly due to distribution issues that often left shelves barren and that offered products at a higher price than what they were being sold for in the US.

Target’s exit was met by mixed reaction, but some took it as a sign that US-based companies don’t understand Canadian shoppers.

“Yes, this department store was sometimes badly managed and badly retailed,” Mr Reynolds said of Zellers. “But it was ours, it’s our place.”

Annie Wersching: The Last of Us video game and 24 actress dies at 45