Andrew Tate: Romanian teens explain how he approached them on social media 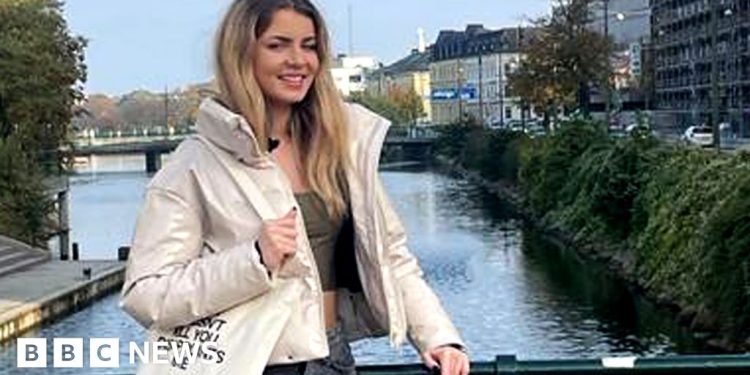 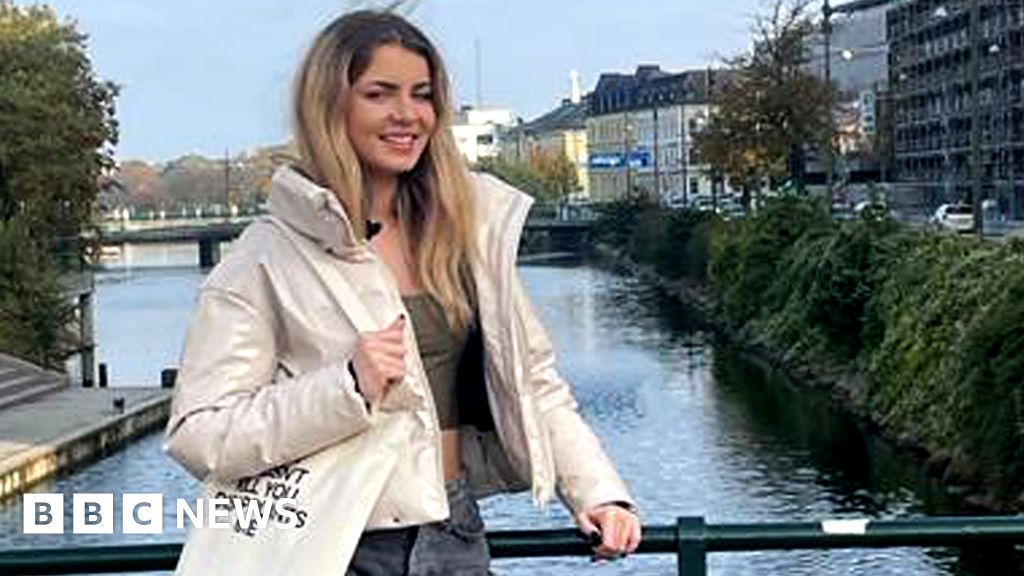 Daria Gusa was 16 and still at school, when she says she received a private message on Instagram from Andrew Tate, a high-profile influencer almost 20 years older than her.

“It just read ‘Romanian girl’ and he put some flirty emoji,” Daria told me. “I was confused because I [only] had 200 followers, and it was a private account.”

She is one of two teenagers who have described to the BBC how Andrew Tate and his brother Tristan approached them online, apparently using a standard formula.

“It was obvious we were high-school girls,” Daria said. “We had our high school in our bio and everything. I think he was just trying to find girls who were as innocent or naïve as possible, in my opinion.”

She showed us a screenshot of the message, which she never replied to. But she says some of her friends did.

Daria, who’s now at university in the UK, is the daughter of a prominent Romanian politician. She feels able to speak out publicly when others have refused to go on the record.

The Tate brothers are currently in 30-day custody in Romania while police investigate allegations of rape and trafficking, which both men deny.

In video posted online Andrew Tate appears to instruct others on how to approach women on social media.

“In my experience, what raises intrigue [and] inspires them to respond [is]… I ask where they are,” he says in the recording.

“Sometimes [for] intrigue, I’ll put a completely pointless emoji on the end: some cherries, or an orange, or a strawberry.”

Since sharing her experiences, Daria says many young men have accused her of lying.

“Even guys that I used to know from high school are calling me a liar for saying I once received a message from Andrew Tate,” she told me. “But [they] don’t find anything strange about all the other allegations.”

She says many men of her age idolise Andrew Tate, who is 36.

“This is a big problem,” she told me, “because we can’t wake up in 20 years with two million Andrew Tates.”

In publicity for his online courses, in manipulating and exploiting women, Andrew Tate said: “I’ve been running a web-cam studio for over a decade… Over 50% of my employees were actually my girlfriends at the time and, of all my girlfriends, NONE were in the adult entertainment industry before they met me.”

He describes his job as “to meet a girl, go on a few dates, sleep with her… get her to fall in love with me, to where she’d do anything I say,” the publicity continues, “and then get her on web-cam so we could become rich together.”

He has previously said he would never date a woman over 25.

Gabriela (not her real name) was 17 when she was contacted on social media by Andrew Tate’s brother Tristan – though she later pretended she was 19.

She’s asked that we call her Gabriela to disguise her identity. She showed me his initial message, which read, “You’re beautiful”.

“I knew he was using the same approach with other girls,” she said. “He always starts the conversation with the same exact line: ‘You’re beautiful’.”

Gabriela said a friend of hers received exactly the same opening message from Tristan Tate.

In his video online, Andrew Tate says the phrase ‘”you are beautiful” isn’t bad as an opening, and goes on to outline what he describes as “a perfect example” of a conversation.

After establishing where the woman is, Mr Tate advises men to ask: “Why do I never see you? Where are you hiding?”

This is exactly what appears to have happened in the exchange with Gabriela.

Screenshots of what is purported to be her conversation with Tristan Tate show his next message is exactly as Andrew describes: “Feel I’ve seen you around town before somewhere. Is that possible? Where have you been hiding?”

“It is likely,” Gabriela replies. “I didn’t hide.”

Gabriela says he invited her out in his car, and to a party, though she declined.

Screenshots of their exchange indicate that the conversation ended abruptly after she posted a video about him on social media.

“Important people will never want to write you if they see you do stuff like this. Just a friendly warning,” one of his last messages says.

There is nothing illegal in the Tate brothers contacting girls of 16 or 17 online, or inviting them out.

But the testimony of these young women, along with Andrew Tate’s comments online, suggest a pre-planned method for initiating contact.

The BBC has seen the screenshots that appear to support the claims made by these women. The messages appear to be sent from handles whose username matches that used by Andrew and Tristan Tate before they were banned from the application.

However, the BBC has been unable to independently verify their authenticity, or establish whether the messages were sent by Andrew and Tristan Tate themselves or someone working on their behalf.

The BBC has put these allegations to the Tate brothers through their lawyer, and asked for their response.

Social media updates have continued to appear on Andrew Tate’s accounts, even while he’s in custody.

On Thursday, he wrote that five people had been authorised to visit him in detention, including a 22-year-old American influencer called Adin Ross, with millions of followers, who said he was flying to Romania on Thursday.

No charges have yet been brought against the Tate brothers. Their 30-day detention period, which began after they were arrested in late December, was on Friday extended to the end of February.

For all the confessional videos and commentary on their personal life, the allegations against them remain unproven; any evidence against them, veiled – for now – from public view.