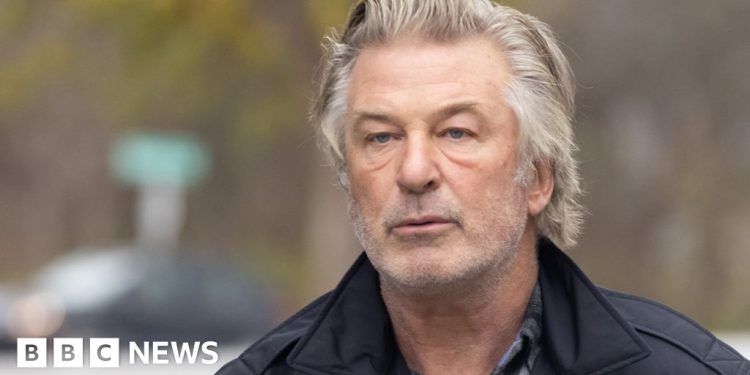 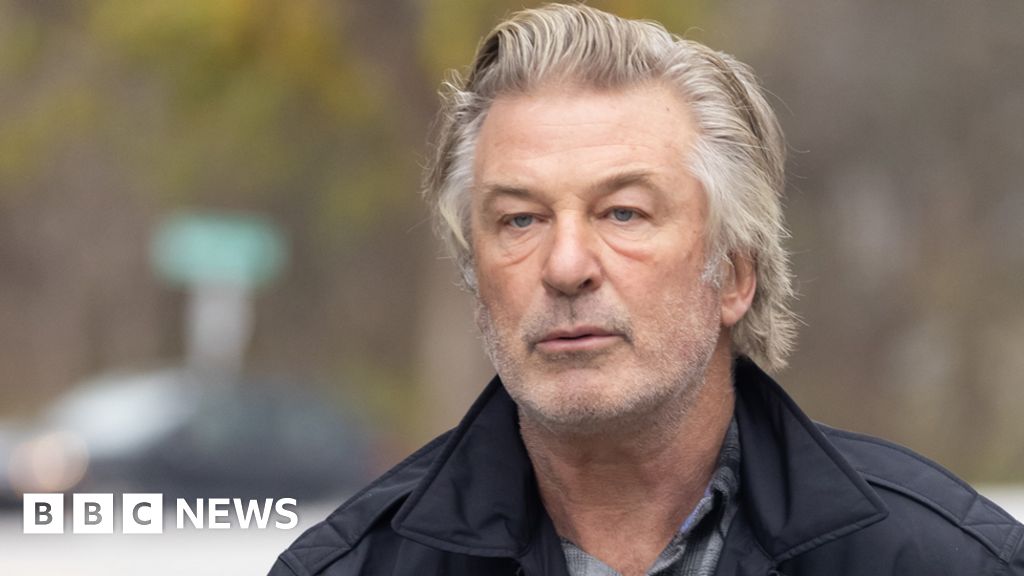 Actor Alec Baldwin will be charged with involuntary manslaughter over the shooting of cinematographer Halyna Hutchins, who was killed on a film set when he fired a prop gun.

Mr Baldwin had been rehearsing a scene for the Western film Rust when the shooting happened at a ranch near Sante Fe, New Mexico in October 2021.

Hannah Gutierrez Reed, the film’s armourer, will also be charged.

Lawyers for both said they intended to fight the charges in court.

Santa Fe’s District Attorney Mary Carmack-Altwies announced the charges on Thursday, adding that they would be filed by the end of the month.

“Actor and producer Alec Baldwin and armourer Hannah Gutierrez Reed will each be charged with two counts of involuntary manslaughter,” the statement read. “I have determined that there is sufficient evidence.”

“On my watch, no one is above the law, and everyone deserves justice,” she said.

Film director Joel Souza was also wounded in the shooting, but prosecutors said no charges would be filed in connection with that.

The film’s assistant director David Halls entered a guilty plea to a misdemeanour charge of negligent use of a deadly weapon, prosecutors said. He will spend six months serving probation.

In a statement, a lawyer for Ms Hutchins’ husband, Matthew, said he supported the filing of the charges. “It is a comfort to the family that, in New Mexico, no one is above the law,” he said.

“Mr Baldwin had no reason to believe there was a live bullet in the gun – or anywhere on the movie set,” Mr Nikas said. “He relied on the professionals with whom he worked, who assured him the gun did not have live rounds. We will fight these charges, and we will win.”

Ms Gutierrez Reed’s lawyer, meanwhile, said the announcement was the result of a “very flawed investigation and an inaccurate understanding of the full facts”.

“Hannah is, and has always been, very emotional and sad about this tragic accident,” Todd Bullion said. “But she did not commit involuntary manslaughter.”

Ms Hutchins died in hospital shortly after she was shot in the chest by a prop gun fired by Mr Baldwin on set. The incident resulted in accusations of negligence and led to calls for better safety protocols on film sets.

An initial investigation into the incident found there was “a degree of neglect”, producers were fined more than $136,000 by the New Mexico Environment Department for failing to enforce safety protocols.

The film’s production company, Rust Movie Productions, argued that it was not responsible for supervising the film set, “much less for supervising specific protocols such as the maintenance and loading of weapons”.

After the shooting, Mr Baldwin said the gun had misfired. He added that he did not pull the trigger and was not aware that it was loaded. “I don’t know what happened on that set. I don’t know how that bullet arrived in that gun. I don’t know,” he said.

Mr Baldwin has also filed a lawsuit against several people involved with the film, including Ms Gutierrez Reed and Mr Halls, alleging that they both failed to check the gun carefully.

It came after the cinematographer’s husband filed a wrongful death lawsuit which alleged violations of industry standards.

“All of us believe Halyna’s death was a terrible accident,” Mr Hutchins said in a statement at the time. “I have no interest in engaging in recriminations or attribution of blame.”

Production of the film had been scheduled to resume this year, with Mr Hutchins on board as executive producer.

THE LARGEST EARTHQUAKES IN HUALIEN COUNTY